Projects
Blog
Store
Contact
Unwordler
A tool for solving wordle
Check it out live
Like many people, we're all in on the Wordle craze. However, one of us is much better at it than the other (Matt), which makes the other person crabby (Kait). Immediately after almost not solving her first Wordle, Kait got to work on a plan to build a quick Wordle solver tool in Figma.
This tool was a great opportunity to try out simple.css and get to use Remix!

Some interesting parts of this project are:

To be frank, we are usually strapped for time and needed this project to be able to fit into a few kiddo nap times over a long weekend. In order to do this we opted for a simple interface with text inputs. Next time we have more free time we'd love to consider adding the following:

Accessibility was a big issue for this interface because we realized that the color interface for Wordle doesn't have accessible web contrast for the colored tiles. For V1 we chose to not use white text on a yellow background (for Present letters) or white text over light gray background (for absent letters). However, for recognizability we did use white over green for the correct letters so that it did resemble the game. If we have time to go back for a version 2 we would solve for these issues.

Kait is always on and on about themes, and since the UI for this is relatively simple we used simple.css to set up a light theme / dark theme. The theme will match whatever is set for your OS. 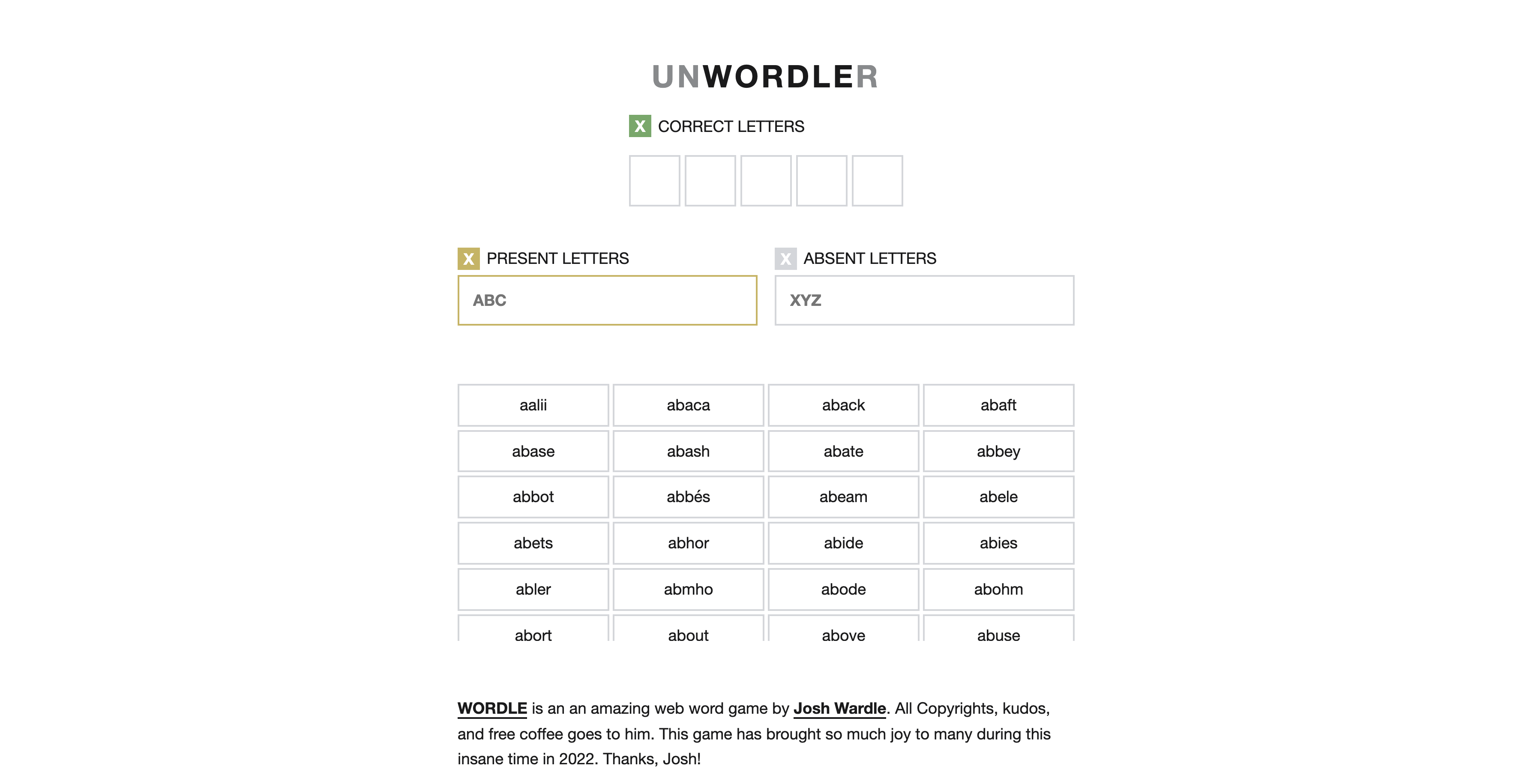 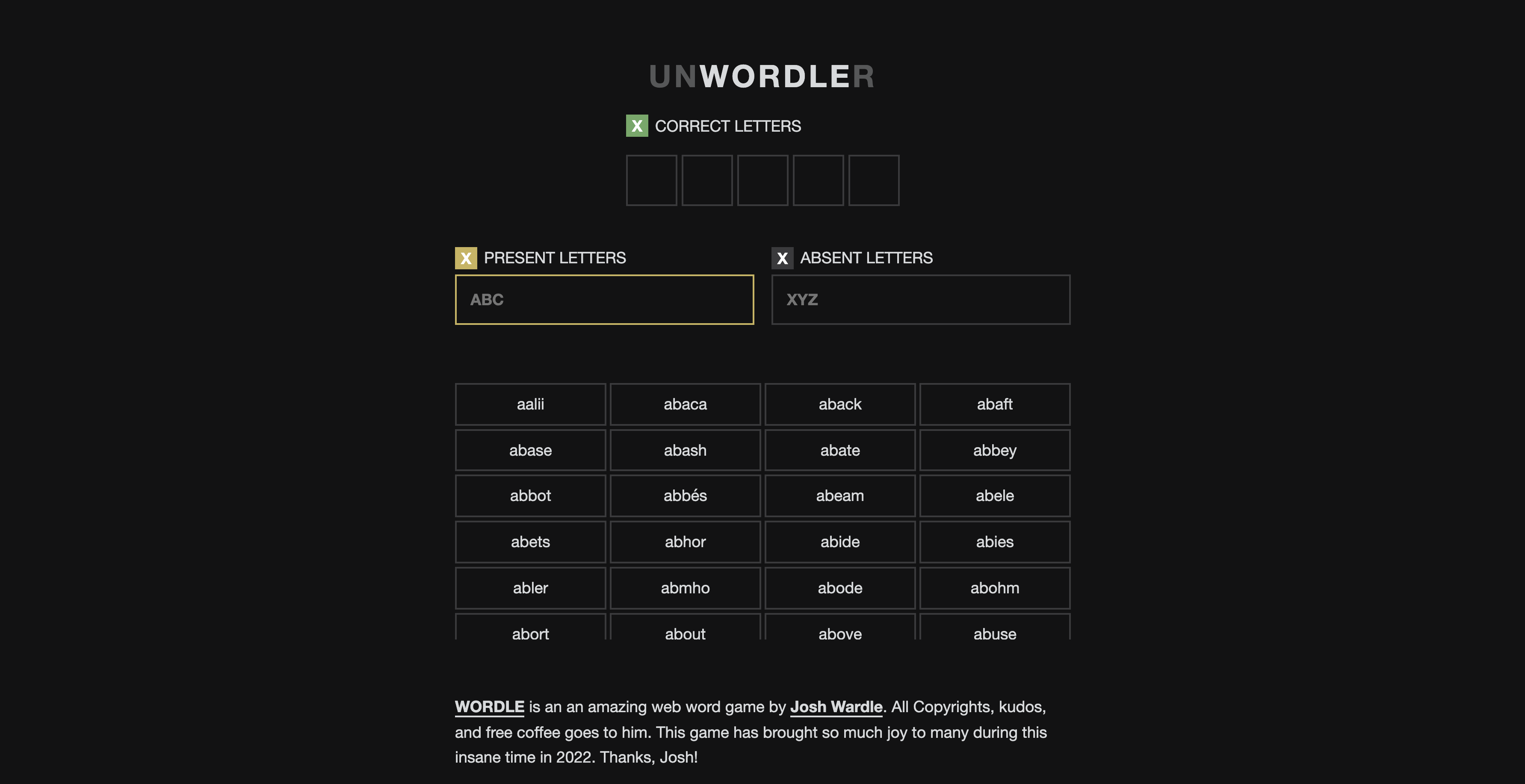 Smol footprint (but could it be smaller?)

In order to make the package size as small as possible, we realized we didn't need a whole npm library for word aggregation. Instead, we:It could be argued, ”why use React?”. But we'd like to highlight that we were able to move quick with react and actually ship *something*. Even if it's a bigger .js bundle than necessary.

Part of the euphoria of wordle is being stumped, thinking that a solution is impossible, and then rising from the ashes like the wordle phoenix that you are, on guess #6. This solver isn't for everyone, but even if you're against solvers (like Matt), replaying and seeing all of the guesses you had at every stage can give new life to each game.

Remix has come a long way since its inception. We're blown away with how easy it is to make a remix app that deploys any changes to the master branch.
The steps were as follows: